In the case of the above main step, if all the movements that form the pose are not completed, it will not move to the next step.
In other words, you can't make movements between steps.
Sub-steps support the auxiliary movement between steps.

For example, in the case of walking animation, the pose with the right foot out (first step) and the pose with the left foot out (second step) It looks like walking if looped, but is it a little slippery? Do you have a feeling of dynamism?
That's right. The animation that the legs intersect in the first and second steps is not enough.
The impression can be changed by moving the whole body (parent route) up and down a little during the loop animation. 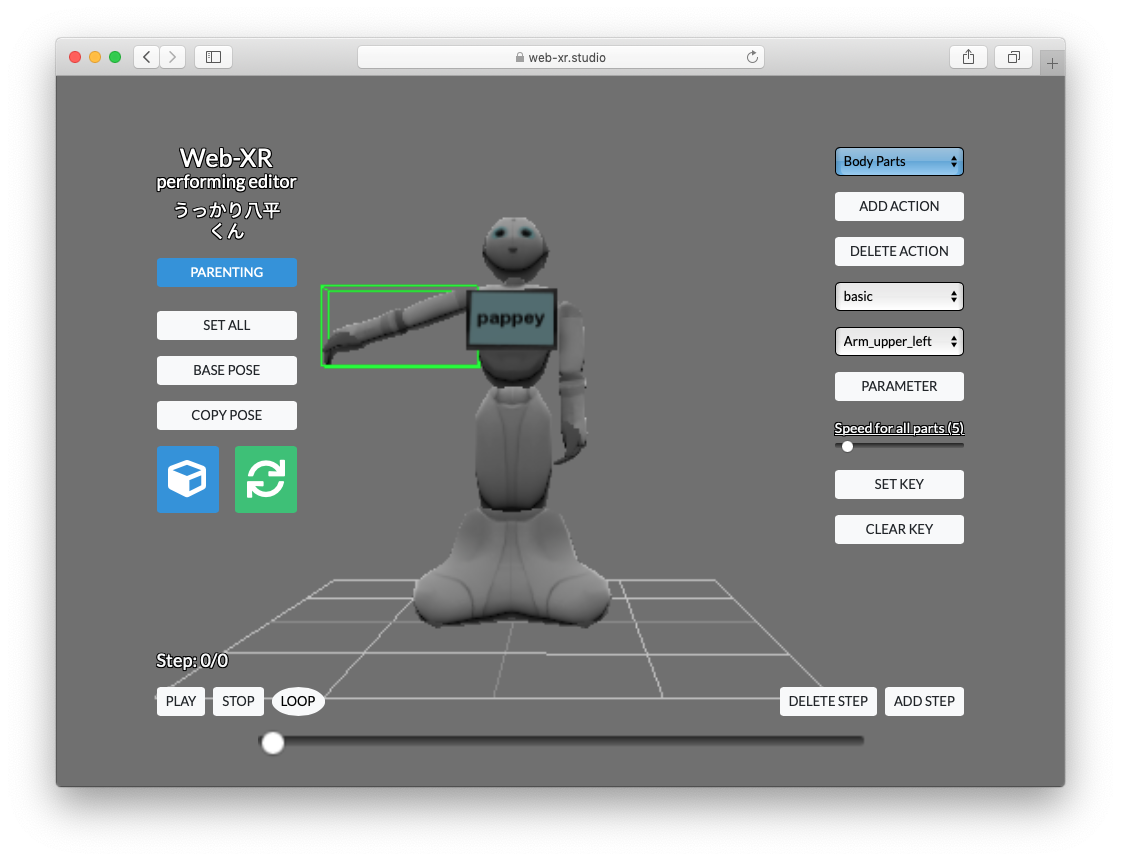 This example is creating a pose that raises the right arm.

Check the key is pressed in the select box

A [◊] mark is displayed on the part object that is keyed.