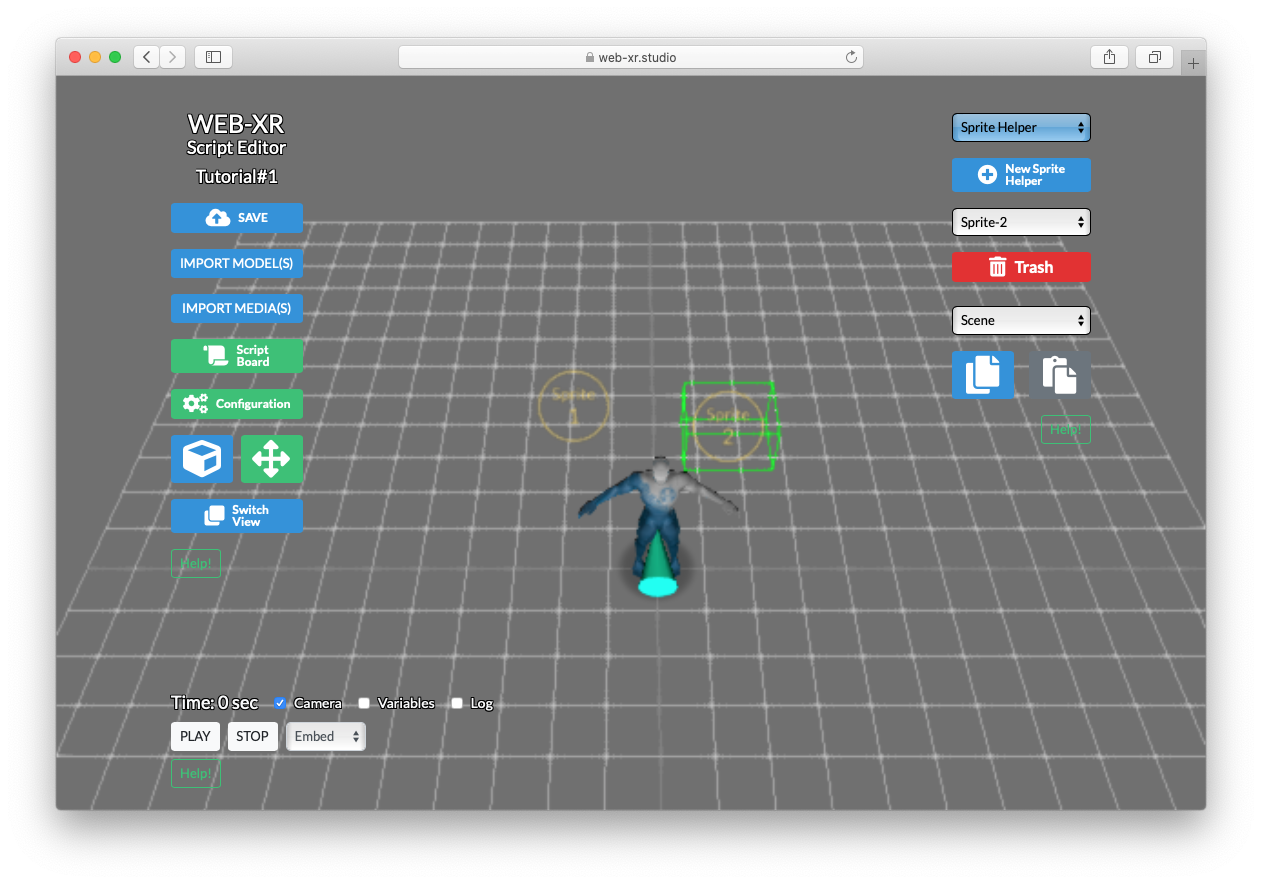 The sprite helper is used to specify the display position of the sprite object.
A sprite object has position coordinates and exists in 3D space, but has no direction.
When displaying a 2D image in 3D space, avoid becoming flat when viewed from the side, This is useful when you want to always point the camera.

In [Script Board], set which image is displayed in what size in the sprite helper.

Sprite helpers and various collisions are visible only in the editor.
In Viewer, there is no entity that can be visualized, but it exists as data.