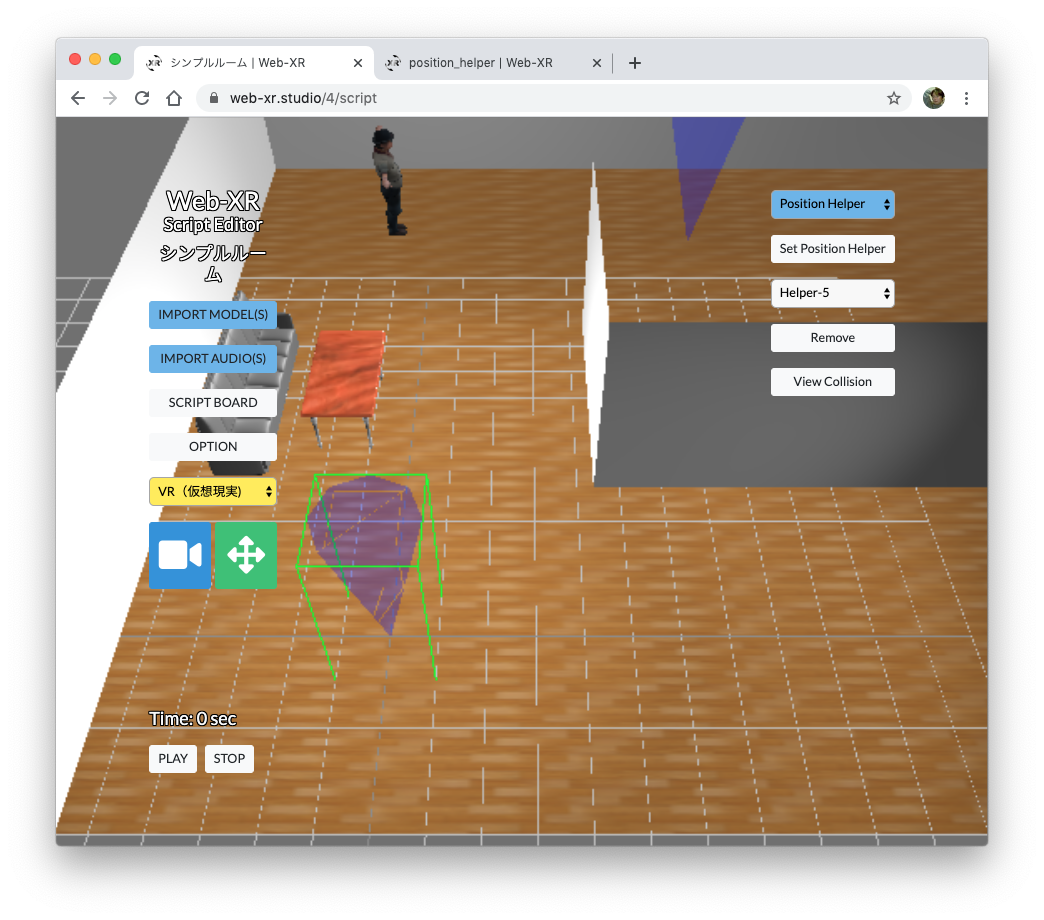 The position helper is used when assigning a move action on the [Script Board]. In the case of a script that activates a move action when the trigger fires, Where to move any object model? Must be specified.
At that time, by specifying the ID name of this position helper, the flow is to set the position of the move destination.

Position helpers and collisions are only visible and visible in the editor.
In Viewer, there is no entity that can be visualized, but it exists as data.